Back to the Kitchen

Since the start of the pandemic there seems to have been so much time for introspection, and more interestingly, for the pulling of old threads through to the current times. Old friendships rekindled, past business ventures renewed with different visions; it has been a curious time.

A few weeks ago a mutual friend connected me with Carrie Fischer, owner of Bottomless Brewing Company in Geneva, NY. Carrie had been running the brewery for four years and the forced restructuring brought on by COVID_19 spurred her into chasing her true dream – to have a 100% fully plant based kitchen inside her brewery.

I’m in the business of helping people build walls out of their ideas and shape their dreams and was thrilled to meet Carrie. I found her to be a passionate go-getter who was ready to take the leap. She just needed the right chef.

My thoughts immediately went to Chef Drew Staherski. As a young apprentice, Drew spent his externship in the kitchen at Glenora Wine Cellars with Chef Orlando Rodriguez and myself. After graduating from the Culinary Institute of America, Drew made the move to the Finger Lakes full time and joined our kitchen team for real.

I remember pushing Drew to explore as much as possible in the food world; to ask why and why not, on repeat. Do not shy away from the science of baking, even if you’re a culinary chef. Take people into consideration – what if they can’t eat dairy? Can we still make something “cheesy” and delicious? While I’d love to take credit for Drew’s talent and curiosity, he had both in spades well before he met me.

Soon enough, Drew was leaning heavily into the vegan cooking we were doing. With Watkins Glen Farm Sanctuary just down the road from us, we developed dishes hoping to draw those guests and offer something special. I left Glenora in 2016 to make the move to Syracuse and chase other dreams, leaving an open spot for Drew to move into on the kitchen hierarchical ladder.

Drew climbed that ladder, taking the Sous Chef position and working under Chef Rodriguez in high-tourism seasons with a farm to table menu. Over time however, he found the work to go against his beliefs:

“(I found that) working with animal products deeply impacted my overall well-being. Therefore, I decided to step back from the culinary life entirely and began working at Farm Sanctuary. I have had the privilege to participate in the rescuing of over 70 farm animals who once endured extreme cruelty, and the daily care of hundreds more.”

I knew Drew had the heart of a chef…a vegan chef, a true rarity these days. I made the call to connect Carrie at Bottomless Brewery with Drew in the hopes that it would not only put a chef back in the kitchen, but also provide the quality food needed to put a plant-based Brew Pub on the map in the Finger Lakes region.

Drew stated: “I told myself I would return to the restaurant industry if a plant-based kitchen popped up in the area. When Sarah reached out to me about Bottomless Brewing in Geneva, I knew I could not pass it up. While it makes me sad to leave Farm Sanctuary behind, I am extremely excited to have the opportunity to express myself in the kitchen again. This time in a place that shares the same values and beliefs as me.”

It is our pleasure to debut Chef Drew Staherski’s vegan cuisine at Dining Inside Out The Plant Based Edition. To the return of a chef and the beginning of a new era in food in the Finger Lakes, we hope you will raise a Bottomless glass with us this Saturday, May 30 2020. Ticket sales end Wednesday! 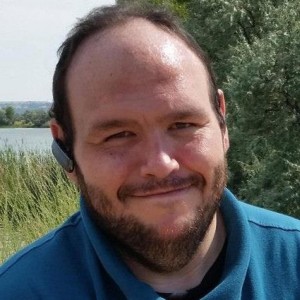 Back to the Kitchen

Complementary Greens with Your Protein

Grilling – How to Achieve the Perfect Char